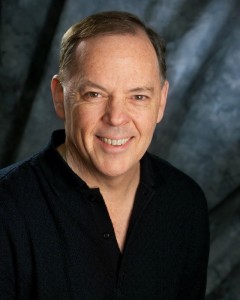 Actor and singer, Michael Sonata, was born and raised in Canton, Ohio in a wonderful Irish Catholic family. The eldest of seven children, Michael graduated from St. Thomas Aquinas High School and went on to earn a Business Management Degree from the University of Notre Dame and a Master’s Degree in Speech from Kent State University. Throughout his educational life, he was always involved in various aspects of performance by participating in plays, choirs, and the University of Notre Dame Glee Club where he traveled extensively throughout the U.S. and Europe.

After school, Michael pursued acting professionally, working in theaters in Virginia, West Virginia, Tennessee, and Chicago for about seven years. He eventually came back to the Canton area to work in his family’s lumber and construction business. He made the Canton Players’ Guild his home base and was seen in many leading dramatic, comedic, and musical roles including the Guild’s annual rendition of A Christmas Carol.

In 2004, Michael decided to make a career change and to go back into the performing arts for a living. He auditioned for a role in a local murder-mystery play called The Contraltos by Jan H. Kennedy. Being a spoof of the hit HBO series The Sopranos, it called for a character loosely based on the “Chairman of the Board” himself.

Michael’s preparation for that role led him to reinvestigate Sinatra’s music and unique style of singing. And with weeks of research, meticulous observation and rehearsal, he came up with a very life-like recreation of “Old Blue Eyes” himself. Audiences wondered aloud if Michael was really singing or merely lip-syncing to Sinatra’s classics.

After the show closed, a local music producer suggested that he should expand his repertoire of Sinatra and work up a one-man show to take around to local venues. And after a couple of months of more intense rehearsal, research and preparation, Michael’s Tribute to Frank opened to amazed and very appreciative audiences in March of 2006.  His shows reflect a wide range of Sinatra’s styles: the young innocence of The Columbia years, his swinging revival of The Capitol years, and the supreme confidence of the Chairman during The Reprise years.

Michael’s repertoire now includes over 100 songs that Sinatra recorded with more being added all the time. This helps to keep the show fresh and also allows him to often take requests from the audience.  He has also evolved  to using professional musicians rather than the backing tracks for his shows.  A jazz keyboardist, jazz trio, 12-piece or 17-piece Big Band can now be provided for a more exciting all-live show.

Michael still resides in Canton with his lovely bride Lisa, along with their dog Rudy.  And they have been blessed with a wonderful son,  Brendan.  Their love and support mean all the world to him.